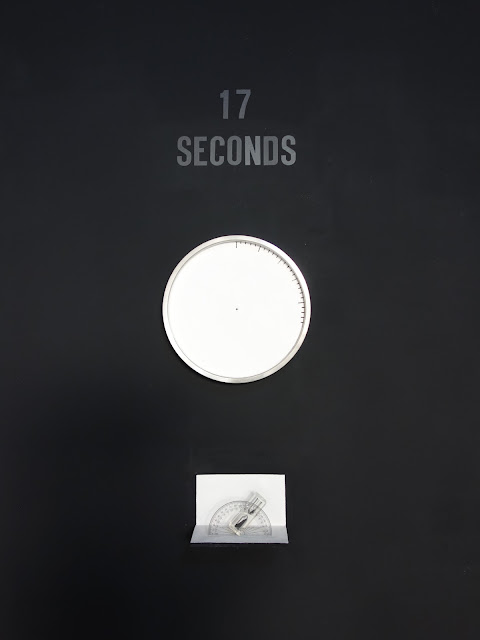 The project attempted to understand the unspoken presumptions and intentions behind this approach”.
Thereby, the term Mediated Existence points at the idea that a translation of perceptions (such as of an artwork or even simply geometrical figures) into numbers is not only a form or reduction but “mediates the existence” of the original thing in a way that it alters the thing. What is seen, is not the thing, but the quantitative perspective and their presumptions in its ricochetting rebound, its mediated existence.

17 seconds
In “17 seconds” the audience was involved in the process of quantitative data generation itself. The work showcases that data as an outcome is shaped by the instruments and methods of measurement, as well as the presumptions and intentions of the data collector.

On the front wall, both tools indicated the idea "17 seconds". However, the idea was quantified with different measuring units which reflected the materiality of the tool themselves and therefore resulting in different digital data rather than the number "17".

On the next wall, the visitor was instructed to close his/ her eyes, imagine the duration of 17 seconds and measure it with a stopwatch. By imposing a standard/ measurement from the society on his/ her perception, the visitor was reminded of the existence of both sides of the measurement as well as the gap between them.

At the back of the displaying walls, a webcam was attached to the clock on the front wall and simultaneously connected to a counter counting how many seconds the art work has been looked at. 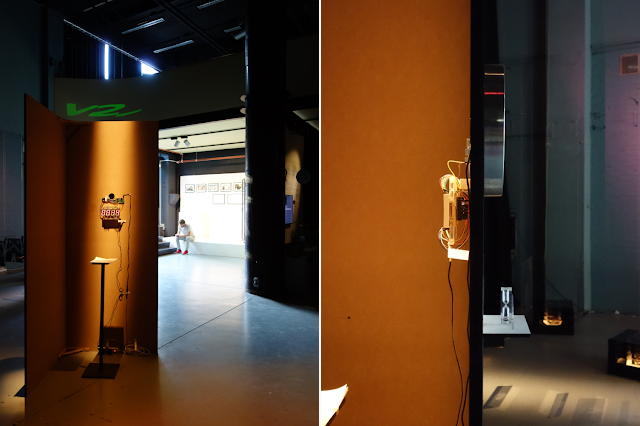 A pile of the excerpts of three articles were displayed in front of the counter.
At the top it was a scientific survey: “Time Spent Viewing Art and Reading Labels”, the second one was a news report “The Museum Is Watching You” and the bottom one was a critic “We know what we like, and it's not modern art! How gallery visitors only viewed work by Damien Hirst and Tracy Emin for less than 5 seconds”. 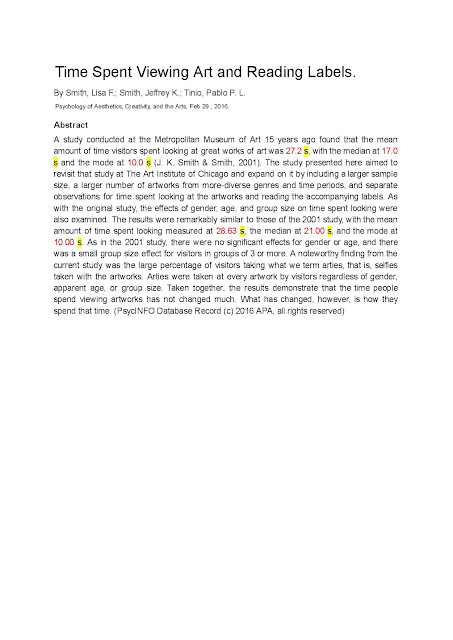 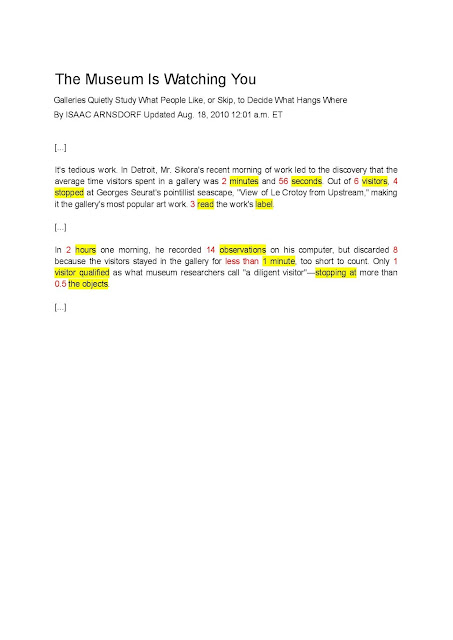 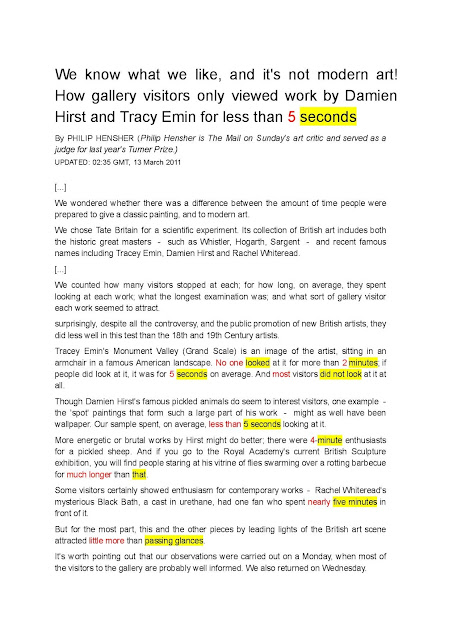 Hensher, P. (2011).
We know what we like, and it's not modern art! How gallery visitors only viewed work by Damien Hirst and Tracy Emin for less than 5 seconds.
(www.dailymail.co.uk/news/article-1365672/Modern-art-How-gallery-visitors-viewed-work-Damien-Hirst-Tracy-Emin-5-seconds.html)

Mediated Existence is funded by National Taiwan Museum of Fine Arts.
Special thanks to Andrew Lin, Leon Spek(www.leonspek.nl) and Dimension Plus(dimensionplus.co) for their excellent technical support.