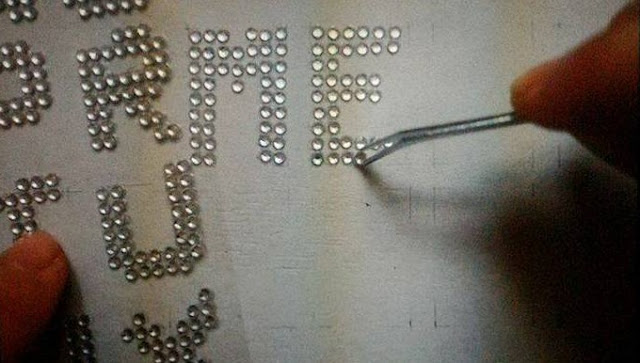 
The project attempted to understand the unspoken presumptions and intentions behind this approach”. Thereby, the term Mediated Existence points at the idea that a translation of perceptions (such as of an artwork or even simply geometrical figures) into numbers is not only a form or reduction, but “mediates the existence” of the original thing in a way that it alters the thing. What is seen, is not the thing, but the quantitative perspective and their presumptions in its ricochetting rebound, its mediated existence.

Mediated Existence Group Show
Together with other two artists’ works - Joseph Calleja’s “to define is to confine”, and Katie Paterson’s History of Darkness, the Mediated Existence Group Show is a tribute to the project’s initial inspiration - the fascinating amount of mediations, i.e. measurements and detections, in obtaining the evidence of the Higgs Field - a possible explanation for how the fundamental particles of the universe came to have mass, while the evidence backing its existence has been very difficult to obtain.

For this exhibition, I filmed myself taking the beads from an English letterset, of which each letter was composed of glittering beads, re-composing the beads into the phrase “MEDIATED EXISTENCE” on a plaster board. (video) Then the video is projected onto the plaster board. The work is a metaphor for the process of coming into existence by mediation.

The Mediated Existence Group Show was held in Edinburgh’s Sleeper Gallery, which is located in the neighborhood where the physicist Peter Higgs lives.